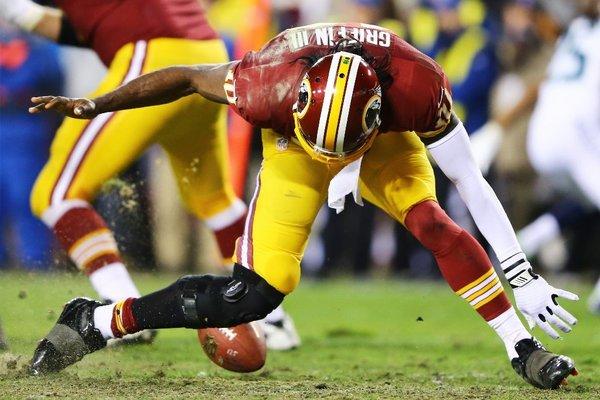 “Sectional football games have the glory and the despair of war, and when a Texas team takes the field against a foreign state, it is an army with banners,” John Steinbeck wrote in his Travels with Charley.

While my own abilities fell vastly short of my ambitions (I made it to second string A-team in eighth grade and no further), my brother went on to play football in college. In high school, he worked out at six in the morning before school, went to class, then had football practice, then worked out again. After six o’clock he’d come home, have his meal with a protein shake and then he’d study film of his upcoming opponents.

Football, I learned firsthand, is not simply a sport, not just a pastime—it’s a full-blown lifestyle.

Football can be a beautiful thing. It helps many to get into college, gives millions of people reason to be active and helps fight our country’s obesity. It can boost economies and provide jobs for many—my own University of Texas’ football program is the nation’s most valuable at $129 million, according to Forbes, with an annual profit of $71 million.

Football brings people together in ways no other sport or activity can— anyone who has attended a game at Darrell K. Royal Memorial Stadium can tell you that. There’s a certain magic in screaming “The Eyes of Texas” along with the nearly-100,000-person sea of burnt orange. Football allows out-of-shape, undersized and timid people like me to be a part of the “We” of the mighty Texas football program.  “We” win and “We” lose together, whether “We” are on the field, in the stadium, or across the globe.

But maybe our love, our admiration, our worship of football has gone too far.

Football, of course, requires sacrifice, but how much sacrifice is worth it? On top of the bruises, cuts, dislocated fingers, strained muscles and torn ACLs, football players encounter huge risks of head injuries. A study from the National Center for Injury Prevention found that 47 percent of high school football players claimed to have suffered a concussion each season, with 35 percent of them reporting multiple concussions in a season. Unfortunately, according to the American College of Sports Medicine, about 85 percent of sports-related concussions go undiagnosed—perhaps as a result of the sport’s culture’s emphasis on extreme toughness. Even when diagnoses are made, treatment is more often than not inadequate; the American Academy of Neurology found that 41 percent of athletes with concussions were back on the field too soon.

It’s important to realize that the problems aren’t just short-term, and last much longer than one’s career.  According to a study done by the National Institute for Occupational Safety and Health (NIOSH), NFL players faced a risk three times higher than the average American male of death associated with neurodegenerative disorders, and four times the risk of death from Alzheimer’s disease and Lou Gehrig’s Disease.

Just last May, only two years after his retirement, future Hall of Fame linebacker Junior Seau committed suicide at the age of 43.  Last week, the National Institutes of Health concluded that Seau suffered from Chronic Traumatic Encephalopathy (CTE), a neurodegenerative disease that can lead to dementia, memory loss and depression.  Seau’s CTE was caused by his involvement in countless head-to-head collisions over his 20 year NFL career.  Dozens of other deceased former players also suffered from the same chronic brain damage, which has been long known to occur in professional boxers.

Luckily, those in charge of the sport at all levels are changing their rulebooks to better protect players from serious injuries.  Equipment is also getting safer and safer, which is especially important as the athletes continually get bigger, stronger and faster and therefore more dangerous.  Still, there’s a long way to go; we as fans and customers of the sport’s entertainment must make it clear that we care about player safety, that we would rather lose a player for a game or two than lose a player years too early.

Whether you’re at DKR, Reliant Stadium, or your hometown high school field, don’t forget that the gladiators of the gridiron are only mortals. Let’s not sacrifice too much on the altar of football.